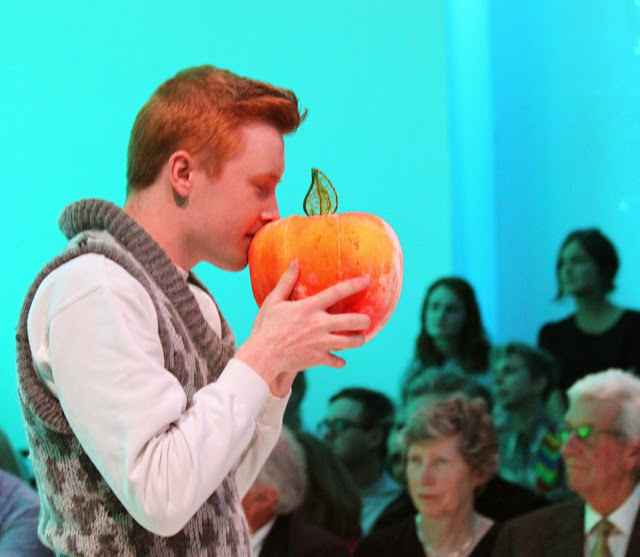 Laura Mills-Whittaker's James and the Giant Peach costumes were stimulating on many different senses as you can see from the photograph above James was captivated by the smell and feel of his luscious peach which wafted peach fragrance past the catwalk audience. 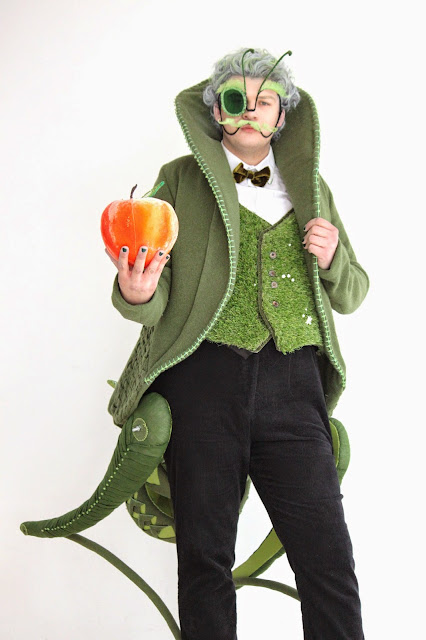 "The main theme that stood out for me in this well-loved story was the idea of escape. Often, Roald Dahl would escape to his writing shed to conjure up his imaginative stories and themes within his books often reflect something about his life. James escapes from an abusive, dark and cruel world into a surreal world of imagination and wonder; is this just a child’s imaginative way of coping with the life he is bound to or are these magical events actually happening? Therefore the genre of performance I wanted to explore was immersive theatre; whereby the audience are able to escape with James from the monotone human world in the initial scenes, into an exciting and colourful environment within the Peach – a huge dome-like installation in which the audience can sit." 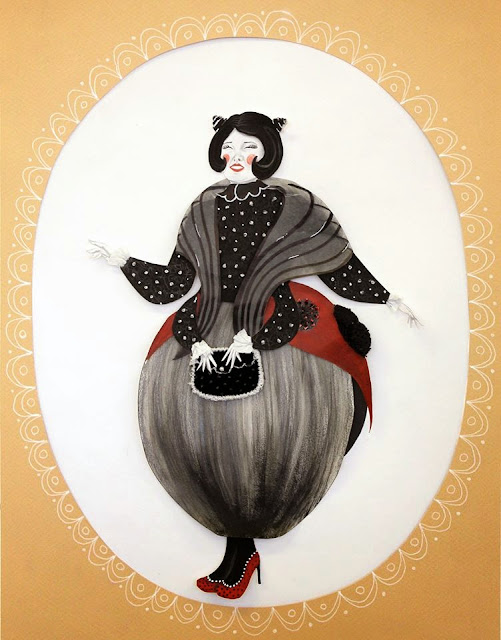 "My concept was to cre ate a sensory experience that was not only visually engaging, but in which the audience could interact with characters through other senses such as touch and smell. I looked at sensory textiles and gathered fabrics with different surfaces, and also experimented with some textile manipulation techniques such as smocking, quilting and needle felting to achieve different tactile surfaces.
All human characters were designed to be wearing monotone costumes to reflect the depressing human world, and later contrasting with the exciting visuals created within the peach, not only through costume but with aid of lighting and projection too." 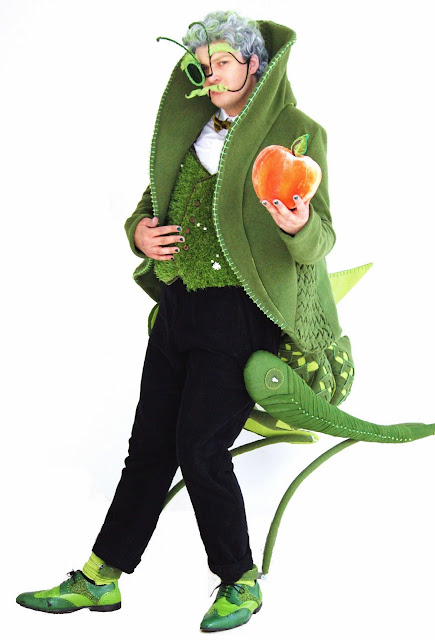 "Silhouette inspiration for the insects in particular came from structural fashion and giant puppetry - elements which you can see on the Grasshopper costume with his mechanical legs and structured insect abdomen. Strong silhouettes were important in making each character identifiable and making them no longer recognisable as humans; I wanted to distort the body to created surreal insect-like silhouettes." 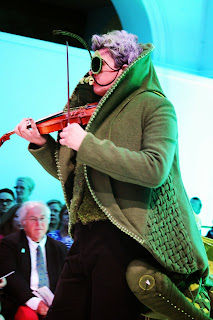 "In order to create a strong sense of personality, each character obviously involved their own body of research, looking at real people, people with the same types of personality or occupation etc. The Old Green Grasshopper for example represents a sophisticated, upper-class and well-educated individual with a great passion for music, therefore I wanted him to be well-dressed with a waistcoat, jacket and bow-tie. I looked at country fashions and musical conductors as clothing and textile inspiration." Laura Mills-Whitaker