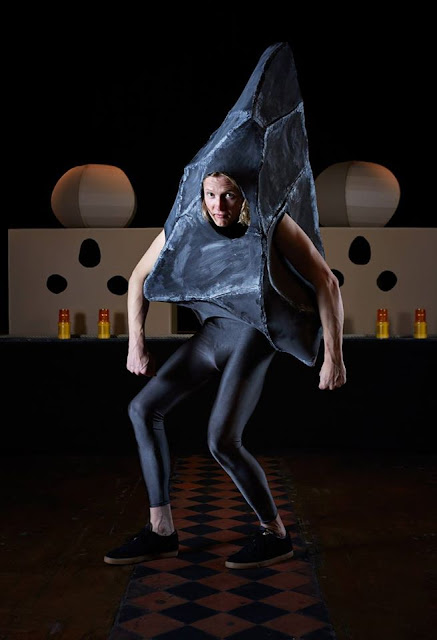 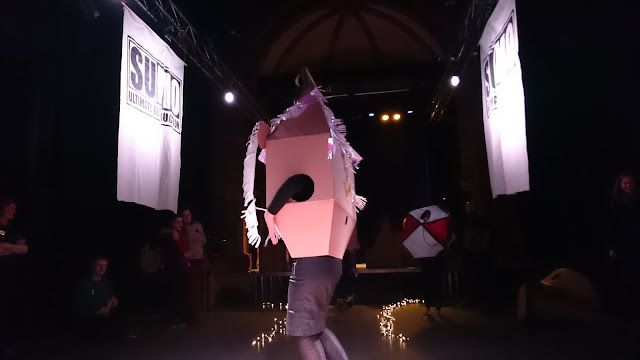 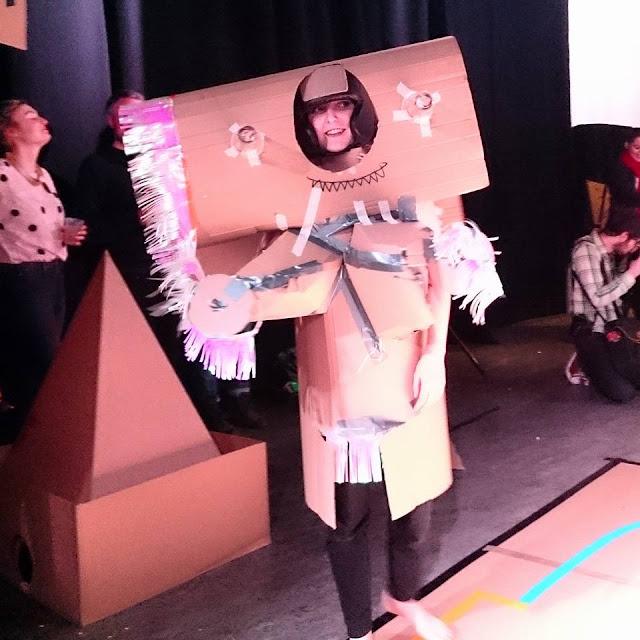 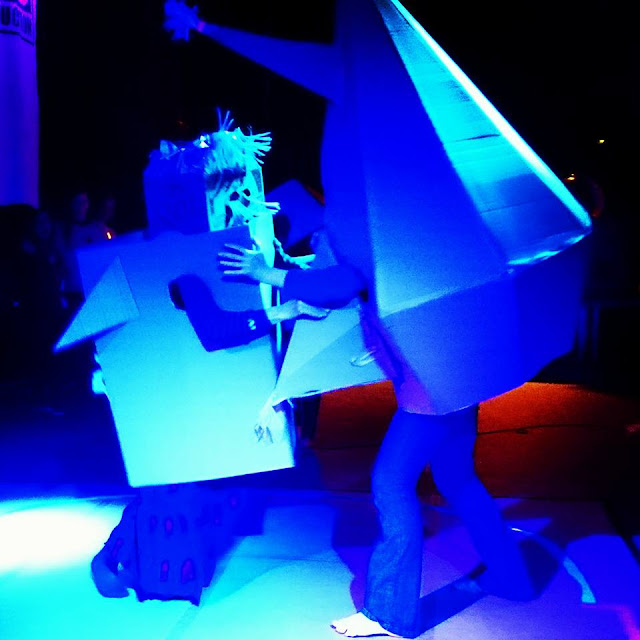 What can be better than spending an evening making a costume for yourself from cardboard, and then throwing yourself into battle as your super sumo alter ego?
Morven Mulgrew is a sculptor, performer, and designer based in London and has been running Cardboard Sumo since 2011, in church halls, warehouses, theatre spaces and bus stations. The result is a cacophony of chaotic, creative madness, with impromptu cameos from posturing would be sumo heroes. 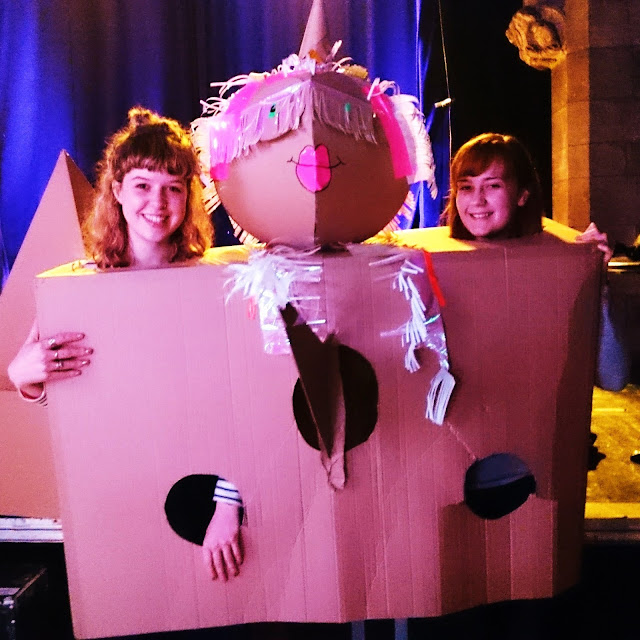 "Cardboard Sumo started as a project where I made wearable cardboard sculptural objects and left them around a ring, with no instructions. After a while the audience would try them on, and eventually 2 folk would have a fight, the suits would be destroyed and after the fight I'd repair them with gaffer tape. Once people  had fought in them once, other audience members would become more brave and the suits would be slowly more destroyed until they were unrepairable and there was just a pile of cardboard pieces in the ring. I wanted a project which invited participation in a non patronising way and I also wanted to do something where the audience was encouraged to touch the "art" and destroy it.
Over the years 'Sumo' has evolved into more of a performance, with a compère on a mike (me), music, lighting and a Making station, where the audience can modify or make their own suits. They get an entry song into the ring, and fight each other. It's still about making something participatory that the audience doesn't have to be coerced into participating in. It is supposed to be absurd, funny, destructive and overall a celebration of doing-it-yourself. I try to make the set up of the space as beautiful as I can, and arrange the sumo suits quite formally so that there is care taken to how it looks sculpturally, and as the audience get involved with the suits and by performing, the space becomes messier and messier." Morven Mulgrew 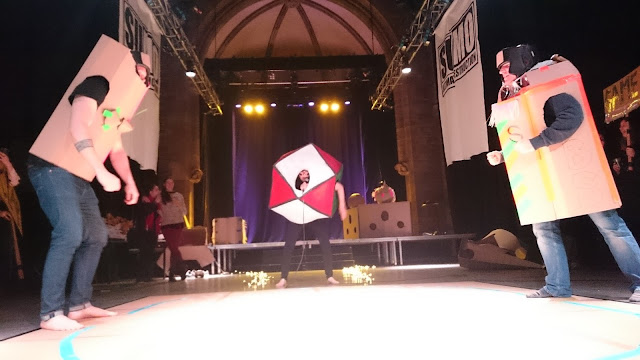 Zoe Walker and Neil Bromwich I 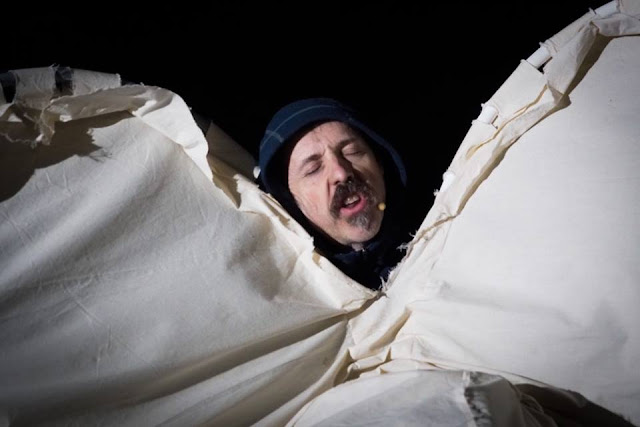 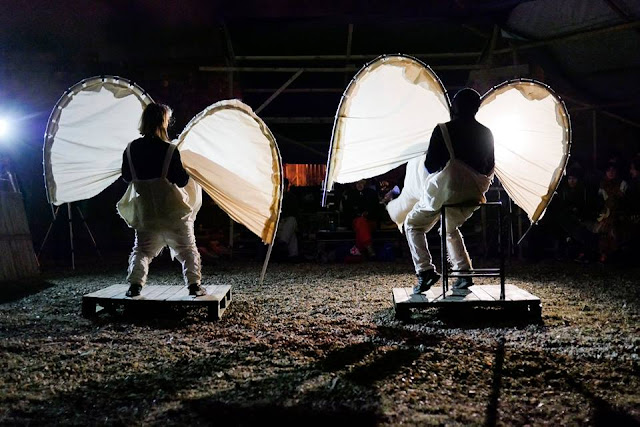 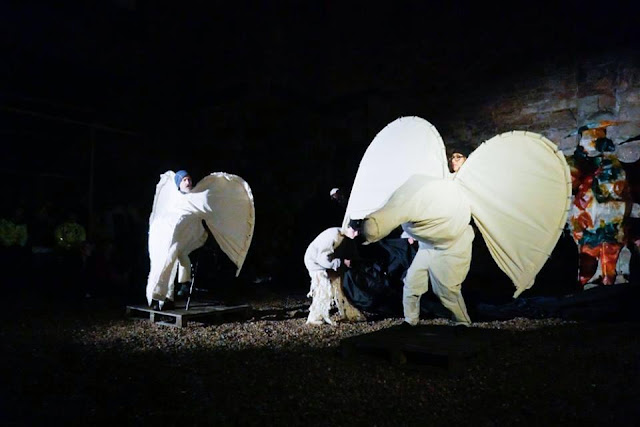 Elephants from Zoe Walker and Neil Bromwich's event 'Circus Between Worlds' an art event with incredible spectacles of costume, drama and performance that took place in Glasgow last weekend.

"An experimental artists’ circus emerges from the ruins of the iconic Greek Thompson church in Glasgow. Bringing together a maverick group of performers this ad-hoc community conflates absurdism, death metal and the village green to enact a freeform learning environment.

Photography Mark Pinder.
Posted by Hazel Terry at 10:02 No comments: