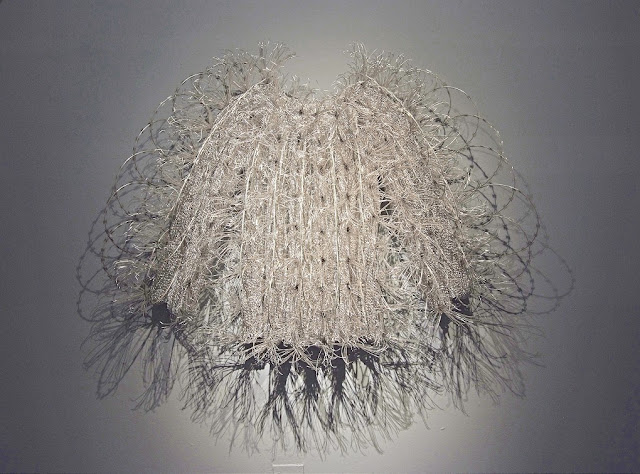 Above: Razor wire and wire armour 2007 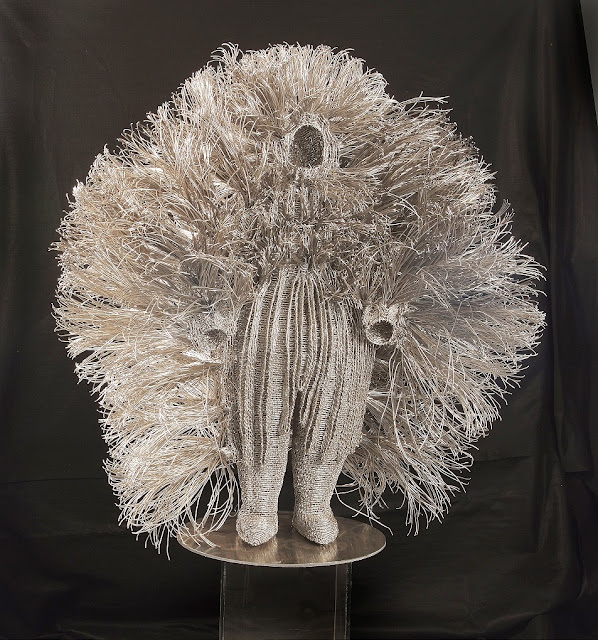 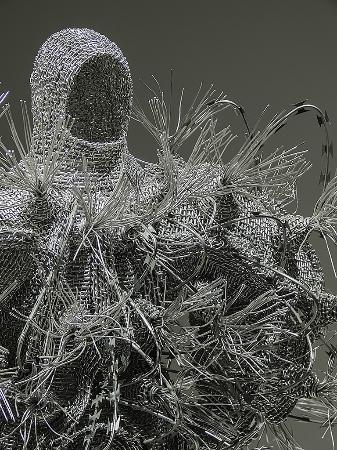 South African sculptor Walter Oltmann weaves and stitches incredible forms by using wire like a handicraft medium, constructing amazing suits of armour from 1mm diameter wire.
Walter studied fine art at the University of Natal, his art works focused originally on the flora and fauna of the area. A growing interest in crystalis, silverfish and insects lead to the creation of some amazing armoured forms, metallic exoskeletons which combined with research into the regalia of 15th century explorers and conquistadors explored the impact of colonisation of South Africa.

“My Caterpillar [and Metamorphosis] Suits explore a hybrid crossing-over between insect and human. They look like empty shells that remain behind following larval molting processes. At the time of weaving the suits I was also interested in looking at the elaborate suits worn by the first Europeans who arrived on African shores. A key influence on my caterpillar suits was a Benin carved ivory salt cellar which represents the foreigner in a conquistador-like garment, giving it an air of masculine power and authority. The African carver’s interpretation of the foreign European represents an inversion of the relations of power which characterizes the representations of ‘exotic’ people by colonial artists, and I liked this ironic inversion of the depiction of the exotic ‘other’ where the gaze is reverted back onto the European explorer as something foreign and alien.” Walter Oltmann 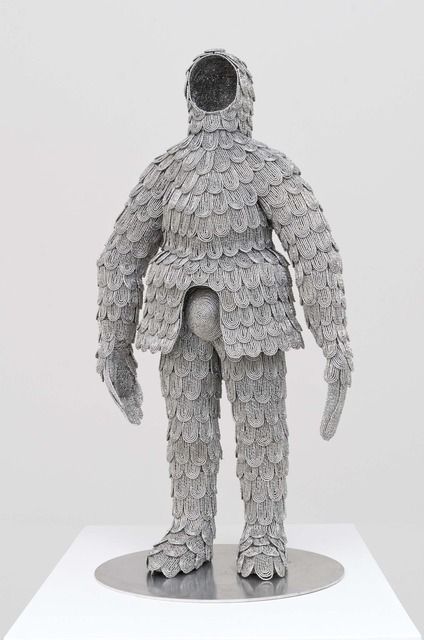 Thank you Robyn Gordon
Posted by Hazel Terry at 09:57 No comments: 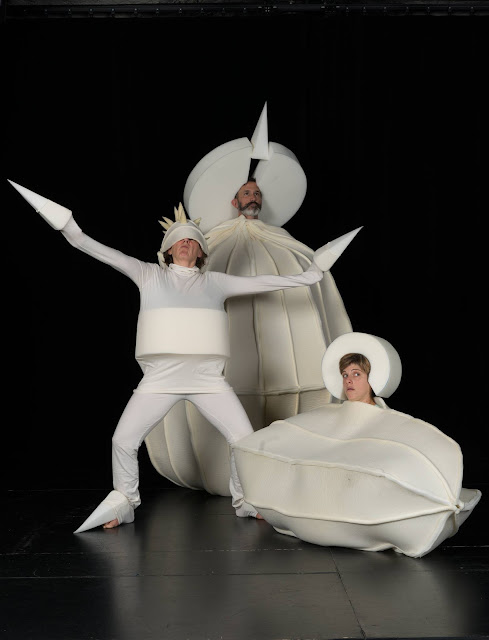 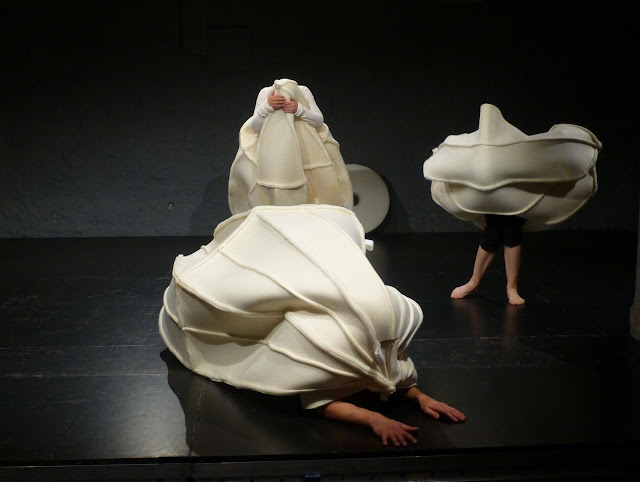