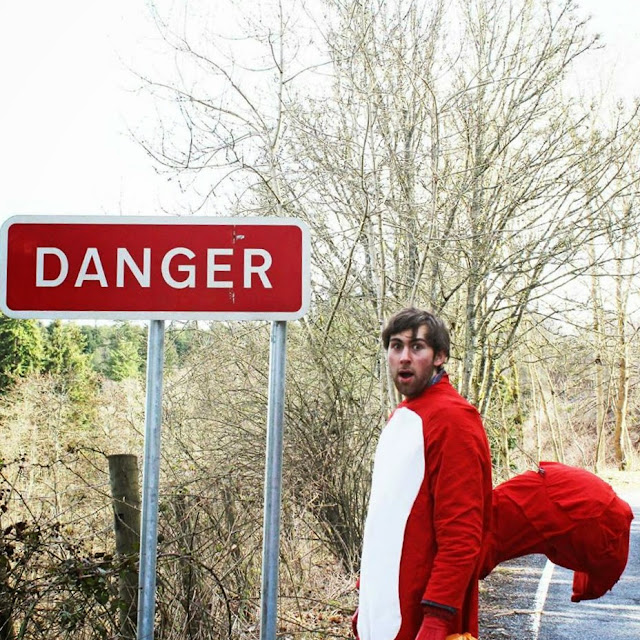 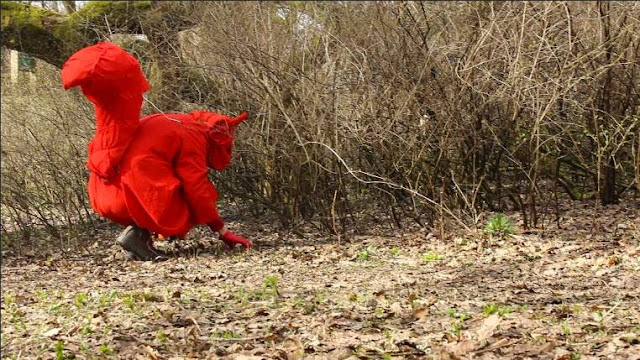 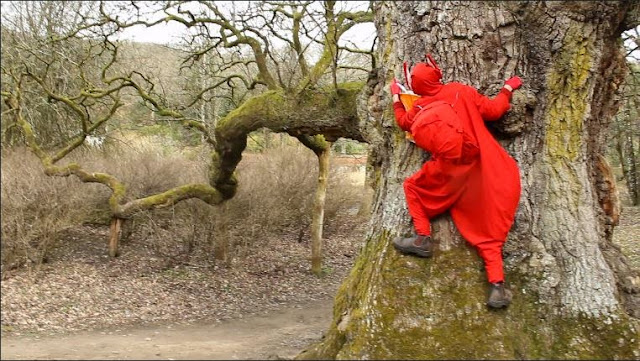 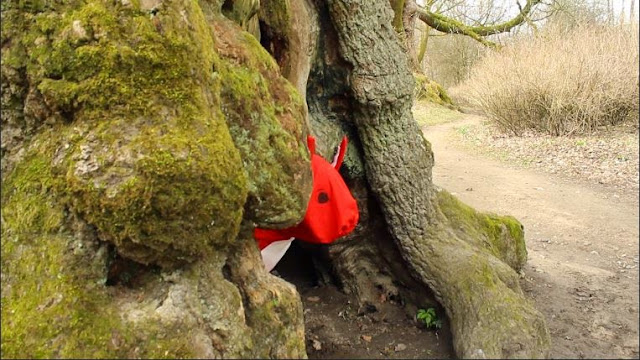 Harry Maberly was a model for the ECA performance costume show this year and so I got a glimpse of his latest project which involves costume, but as part of his studies in the Intermedia Art Course, highlighting the plight of the red squirrel. 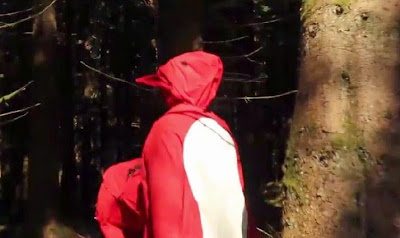 "This project was part of a Micro-Residency with an old factory mill in Perthshire, called Stanley Mills, organised by the mill, ECA Intermedia Art students and tutors and Historic Scotland. I wanted to make a work that responded to the area. The abundance of red squirrels in Perthshire was lovely, but it heightened my awareness of the lack of red squirrels throughout the rest of the UK. I wanted to tell a story that would hint at this subtly, blurring fact and fiction. I made the squirrel costume and went on a journey through Perthshire, which then blurred with the character in the story. I spent a lot of time simply watching squirrels, learning their physique, movements and characteristics. I had a wonderful time creating this piece."  Harry Maberly