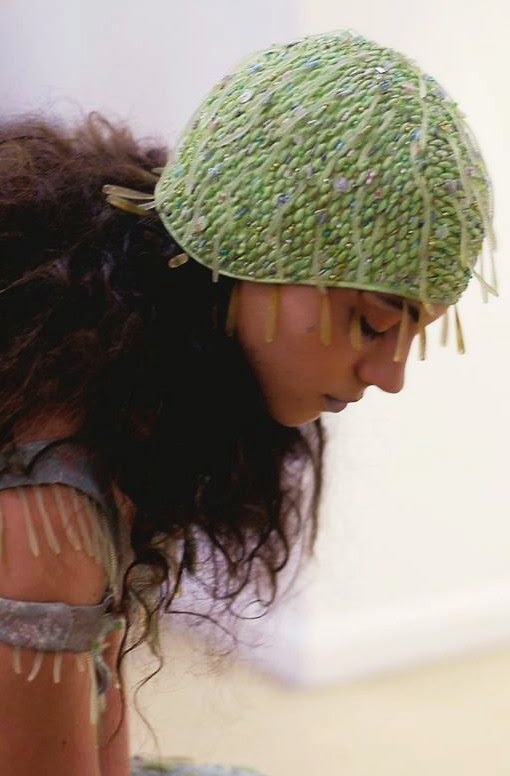 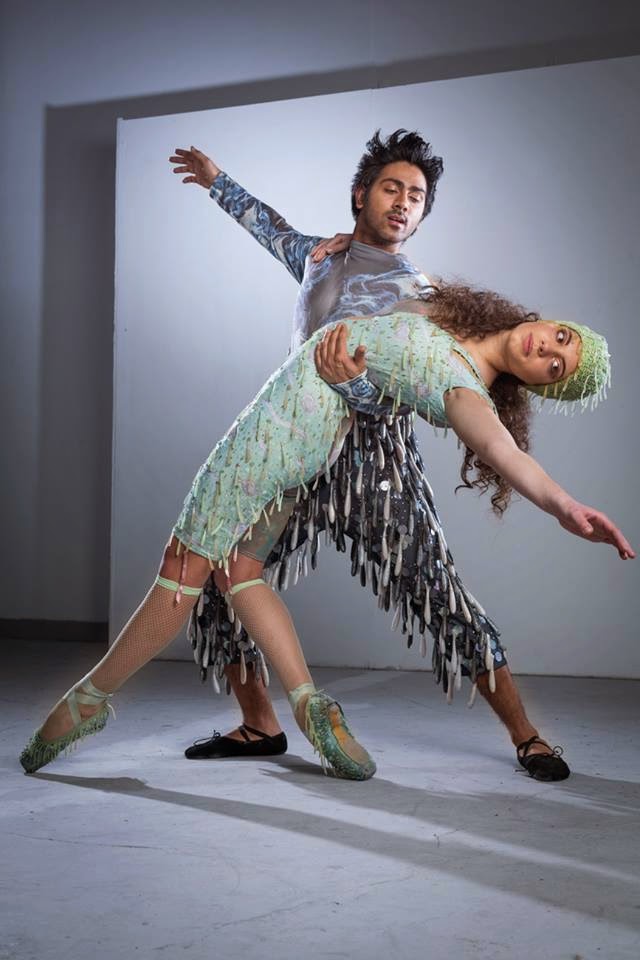 'A time when the moon was just above the earth. He would row out from the zinc cliffs, across the sea and climb a thin ladder up to the moon.' Italo Calvino

"Influenced by the journey through sea and space the costumes and textiles I designed were inspired by thought of movement.
Envisioned as a playful ballet piece the costumes collage together deep sea fishing lures and galactic prints of earth from above. 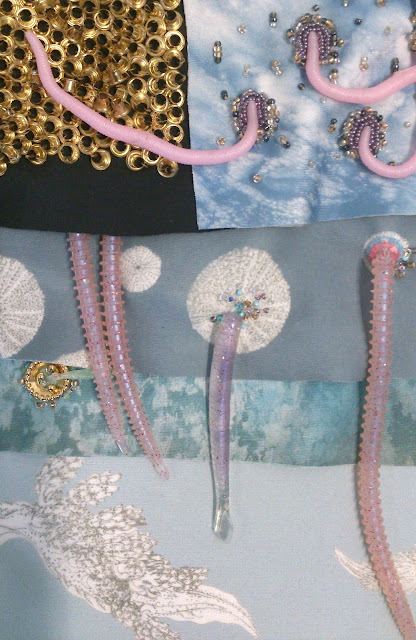 The distance of the moon is a short story from the Cosmicomics collection. It follows Qwfwq and his friends as they journey across the seas and onto the moon to mine the moon for moon milk, and the love triangles that ensue on these journeys. Italo Calvino writes so beautifully about the characters anti gravitational movement and the way they swim through space, that I have adapted the piece as a ballet. 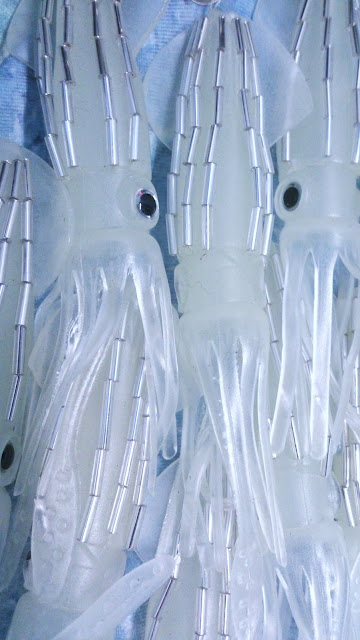 I was originally inspired by the idea of repurposing objects and found objects and the idea that these characters had collaged together their own costumes from recycled objects in this further/ past never time. I wanted the costumes to look like the characters had collected all these scraps and brought them together, a patchwork of collected hardware, my delicate hand drawn patterns and bold aerial photos of the earth from above adapted into prints. 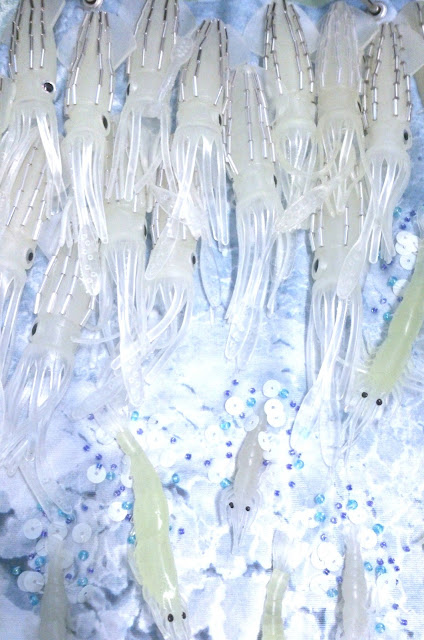 For the silhouette I was inspired by a lot of 1960s sci-fi, as this was when the book was written. I think there is something to those sleek, simple Barbarella style costumes that really epitomises the sic fi look. I wanted the costumes to be tight to the body to show the dancers bodies as they moved but I also wanted to play with different shapes and cut aways. I tried to think about how what was sexy might be different in this strange future and how I could use cutouts to highlight different areas of the body. 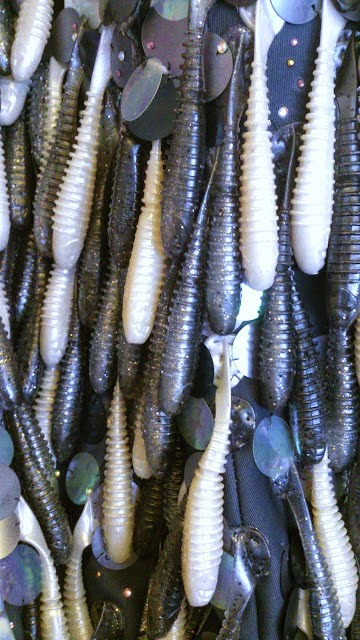 "The real break for me in this project was the discovery of  soft lures in the fishing shop. They create such an interesting and original type of movement, that I thought would really work for ballet. I experimented a lot with different types and testing them on different places on the body to create the most interesting and diverse selection of movement for the different characters. 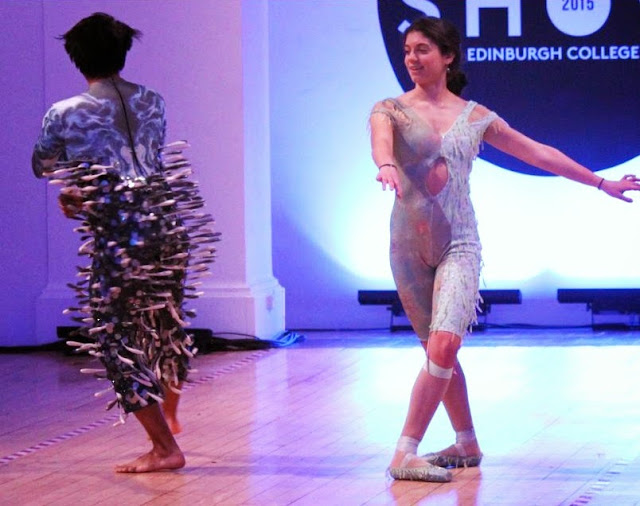 I found when working with the two ballet dancers, Hossam Hashim and Amalia Tzannetaki, we spent a lot of time experimenting with how the movement of the costumes could change and improve traditional ballet moves. I think this could create and really fun and interesting ballet if it was done on a full scale production." Eleanor Van Riel