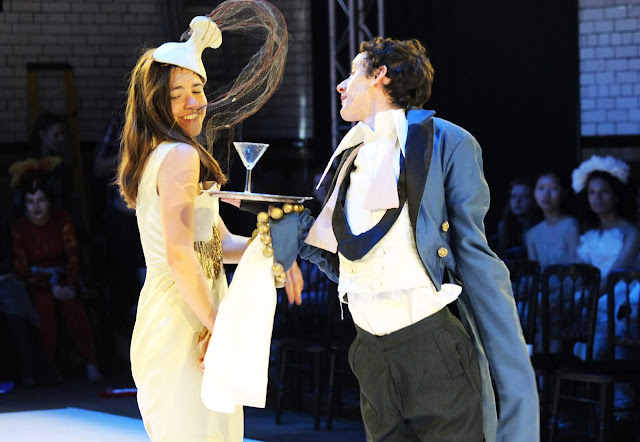 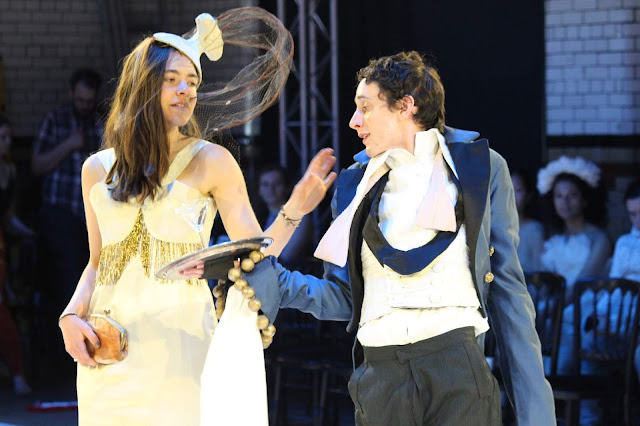 These are Beth Bullock's costumes for 'Ring Round The Moon' by Christopher Fry.


"Joshua the crumbling butler and Isabelle, the belle of the ball. An adaptation of Jean Anouilh's Invitation to the Castle, written and first produced in the 1950's London the play was senseless in nature, providing escapism for post-war audiences. Being host to a group of eccentric characters both wealthy and poverty stricken. Influences have come from post-war design such as 1920's silent film, and 1950's burlesque and couture."  Beth Bullock 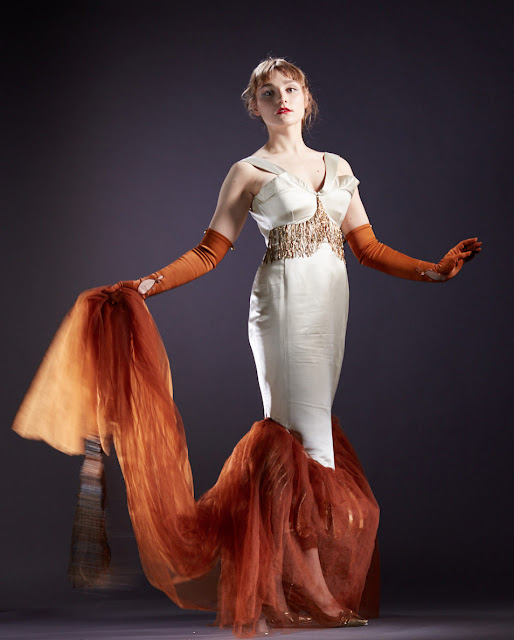 Above is the stylish elegant, couture costume of Isabelle. In contrast the costume for Joshua was fantastic in it's abstract, accentuated proportions, enormous collars and cuffs, one arm trailing the ground, the other normal to facilitate holding the tray at a jaunty angle. All with a faded grandeur created by a fraying waistcoat and beautiful satin jacket embellished with golden trim and many golden paper mâché balls as beaded trim. The fabulous Samuel Froggatt completely bought this character to life. 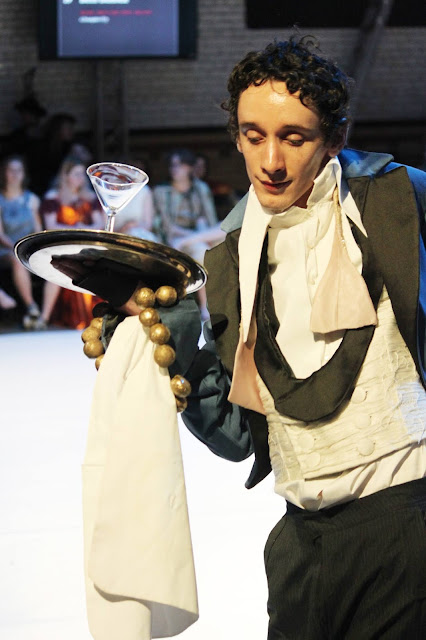 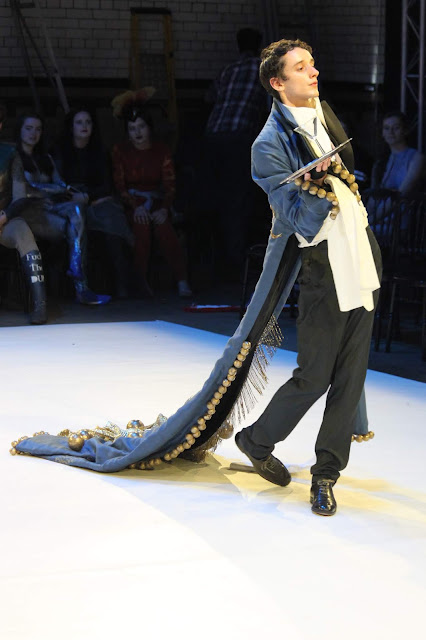 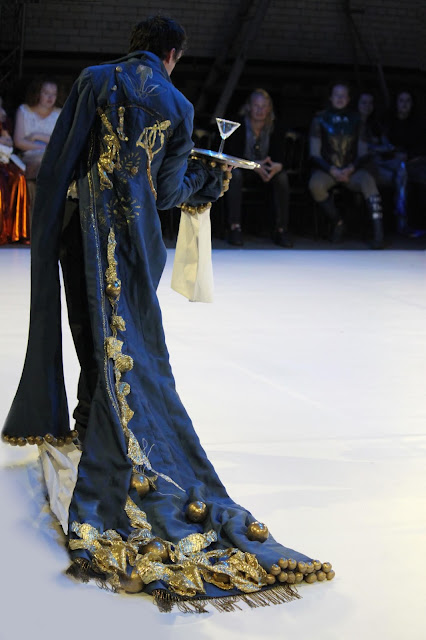