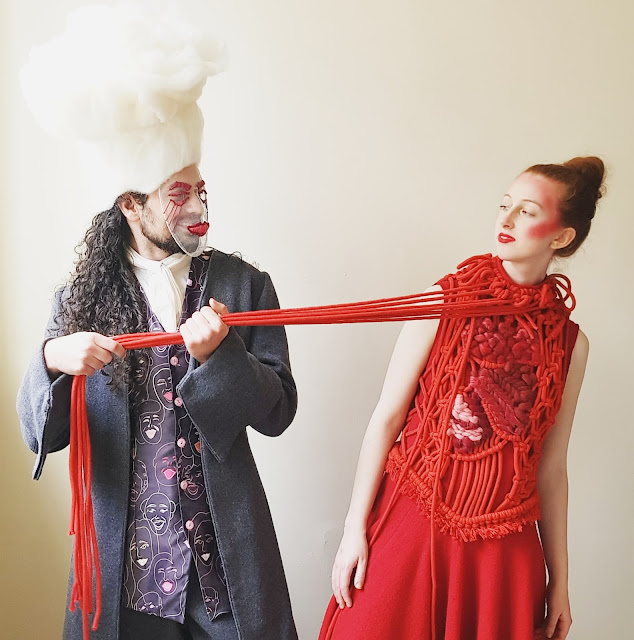 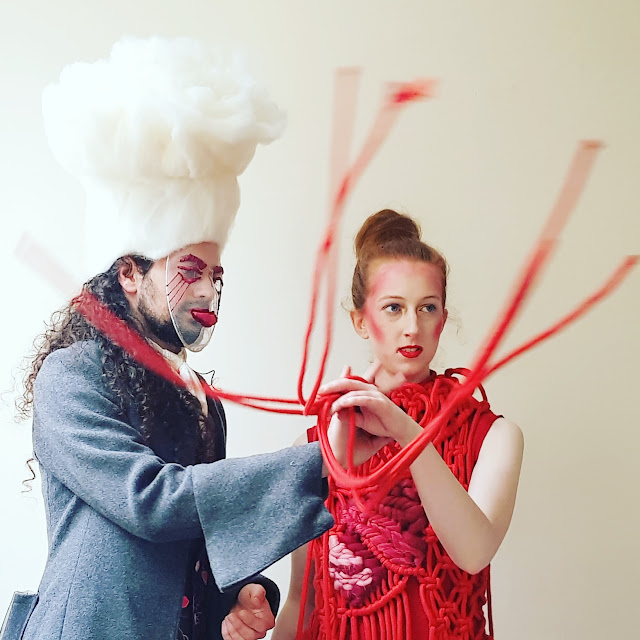 "Daniel and Esther; 'The Possibility of an Island' is a nihilistic fiction, alternating between past and future. Daniel is a misanthropic comedian whose costume is inspired by 18th Century tailoring and laughter. Esther is a passionate actress who has many lovers, including Daniel. her costume is inspired by the instability and passion of love." An-Ru Cheng

In the costume of Esther An-Ru has created a woven bodice of cords that reach out like tendrils, when the wearer moves, but also very much resembles an arterial system, knotted closely over Esher's heart.
Daniel's tailored outfit is embellished with laughing faces it is a silent movie of a costume, mimed silent expressions leap out from the mask, the waistcoat and the tails of the jacket. 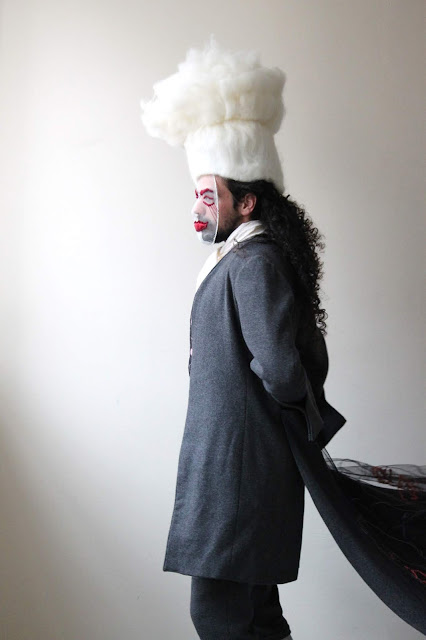 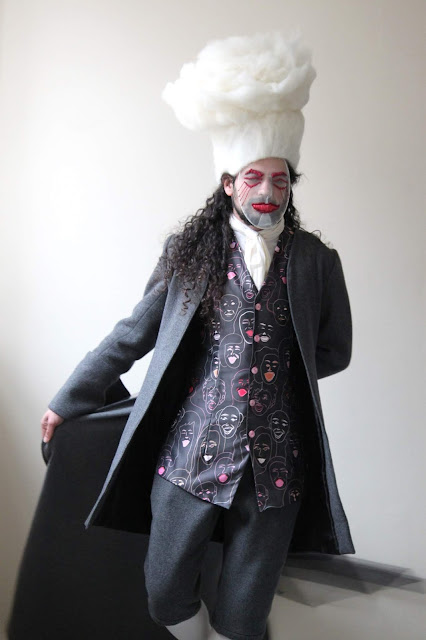 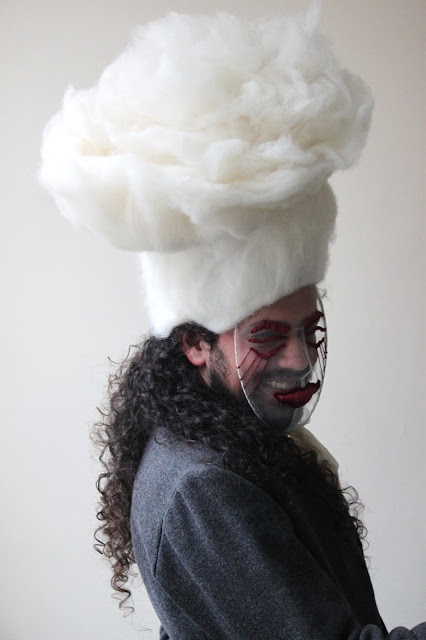 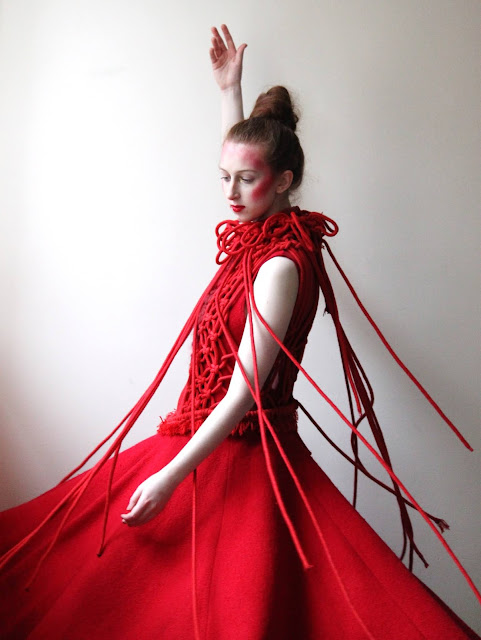