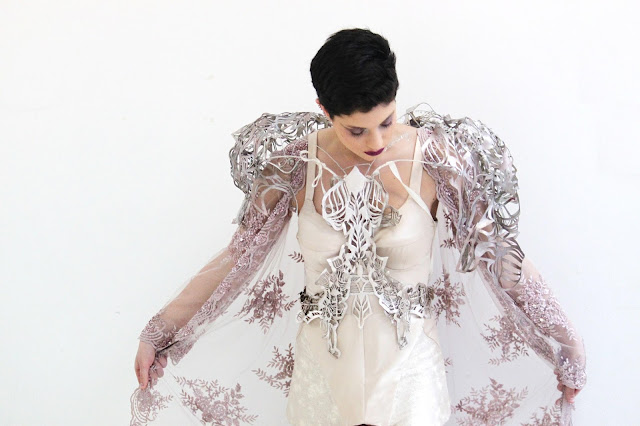 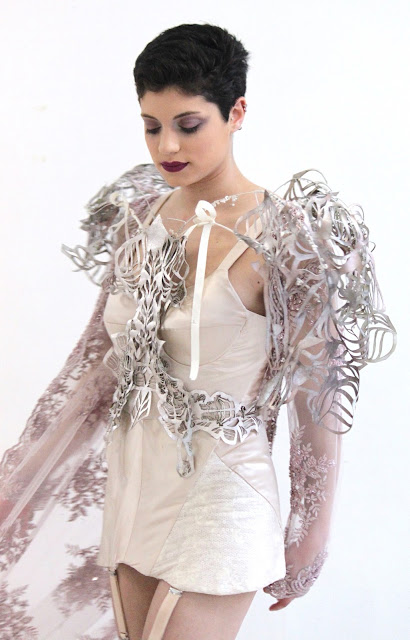 Claudia Johns elegant, feminine costume for Sylvia Plath's 'The Bell Jar', modeled by ballerina Amalia Tzannetaki. This costume was designed for an immersive contemporary dance performance based on Esther, the protagonist of 'The Bell Jar'. The performance explores the stigma and misconceptions surrounding mental health and focuses on Esther’s life experiences and in particular the ones that caused her descent into madness. Each costume and location moves from the conventional attitudes of the 1950s to a distorted version of her reality and mental health as her mind and body detach. The production has a strong colour palette, taking inspiration from the body which is also used to influence the textiles.
The corset is a soft luxurious satin representing the vulnerability of Esther and the restrictions of women at this time creating an objectified appearance. The laser cut leather decorative breast piece and cage represent the slashing of her body in order to find what she feels is ‘wrong’ with her and acts as the metaphorical bell jar that builds up around her throughout the production. 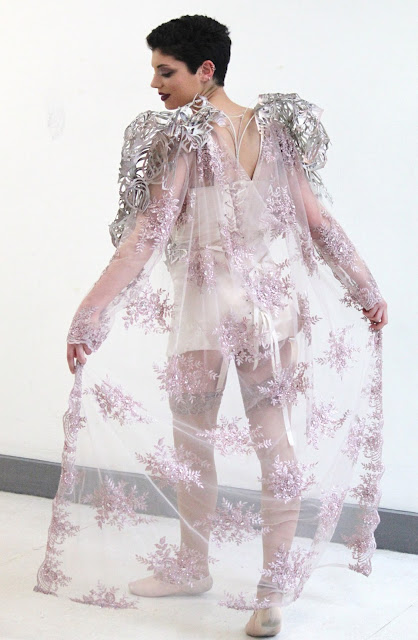