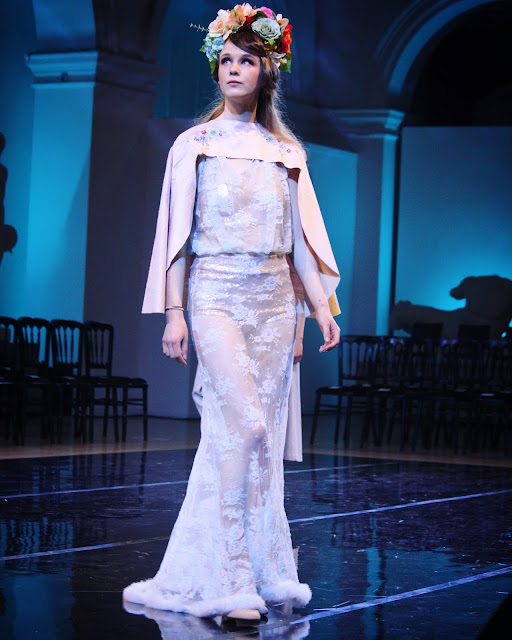 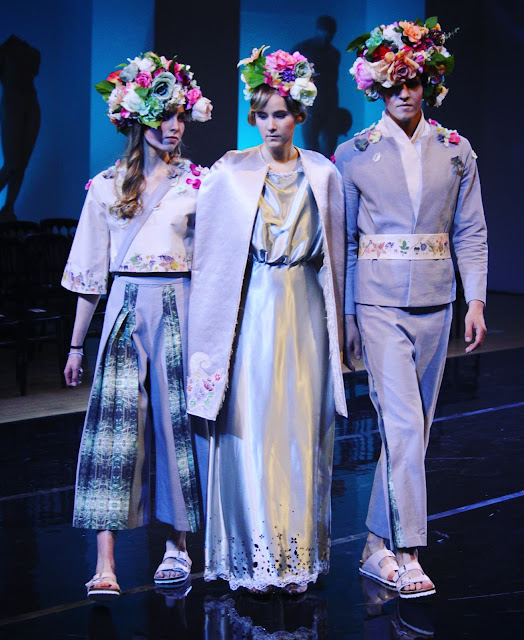 Isobel Keeys graduate collection for Performance Costume at ECA was created for Slade House by David Mitchell. The performance of this part of the show was incredibly eerie but also stunningly beautiful.

"I took inspiration from the ‘still space’ that the twins are suspended in. it’s a place where they are both dead and alive simultaneously. I wanted to play on the idea of distorted reality as well as comparing the state that the twins are in, to pressed flowers. 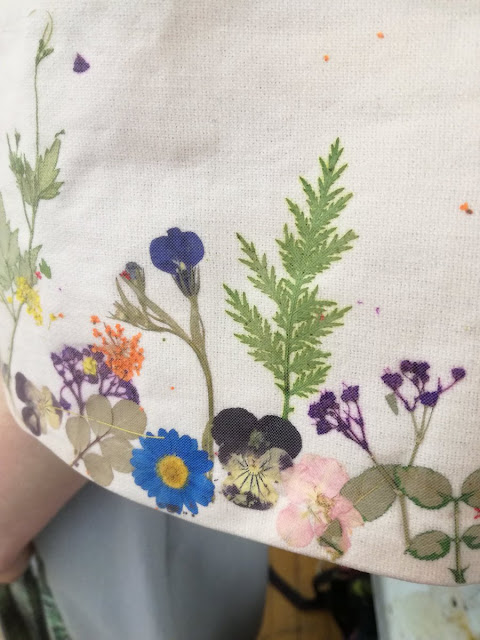 Above: Detail by Torya Winters

I also wanted to compare the fact that the flowers are being preserved in what resembles their alive state while actually being dead. I think this relates to what the twins have created perfectly.In the book, the author hints that colour is the hardest thing for the twins to maintain when projecting the world into the minds of their pray, so I used that idea of drained colour as my colour pallet. I wanted to only have accent hints of colour in the costumes; playing on the idea that things maybe aren’t quite what they seem, and that by adding small amounts of accent colour you brain would maybe fill in the blanks." Isobel Keeys 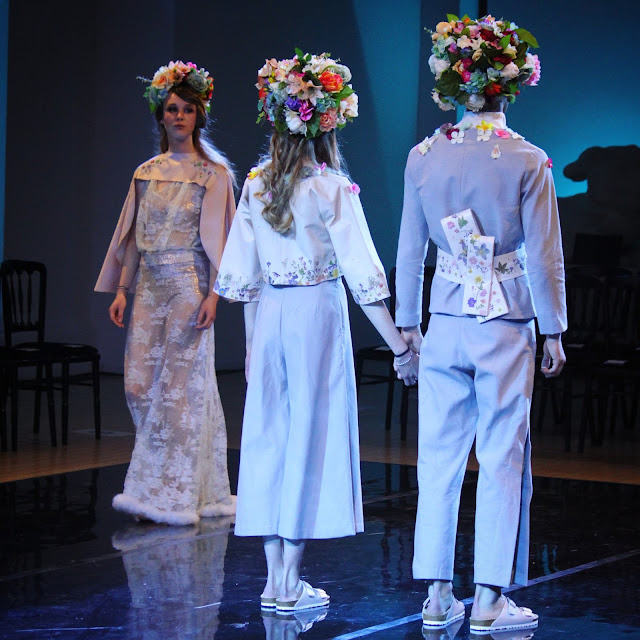 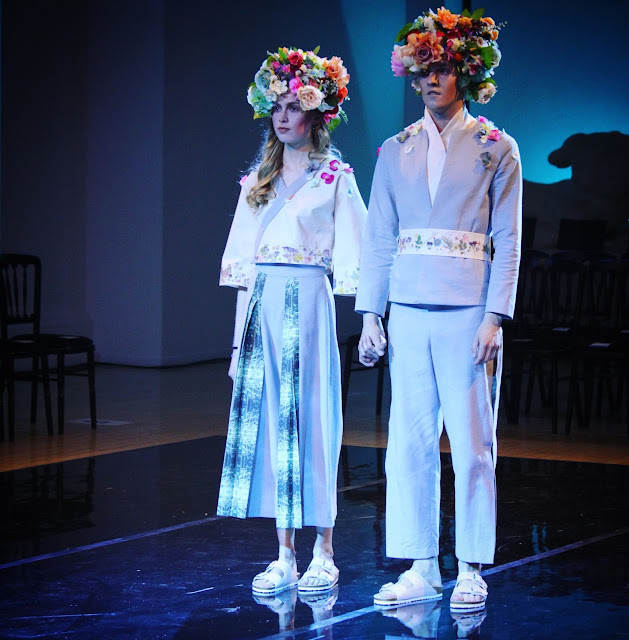 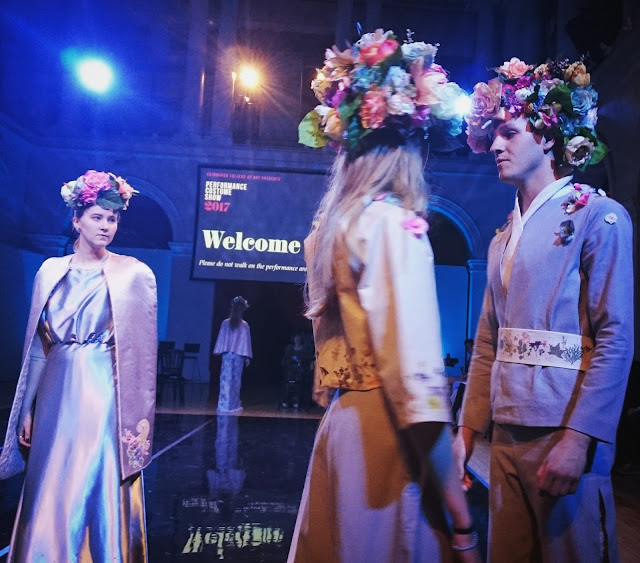