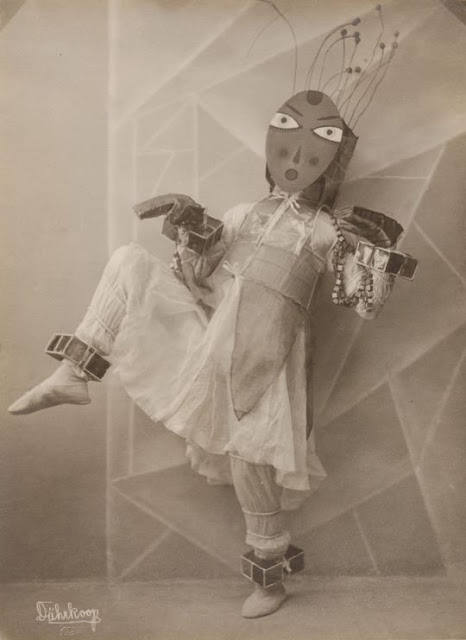 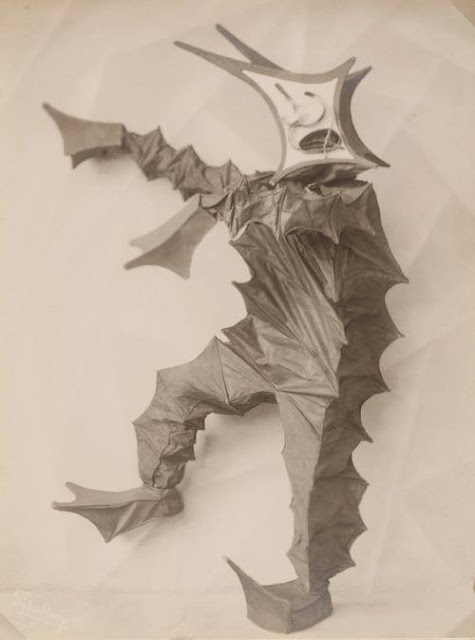 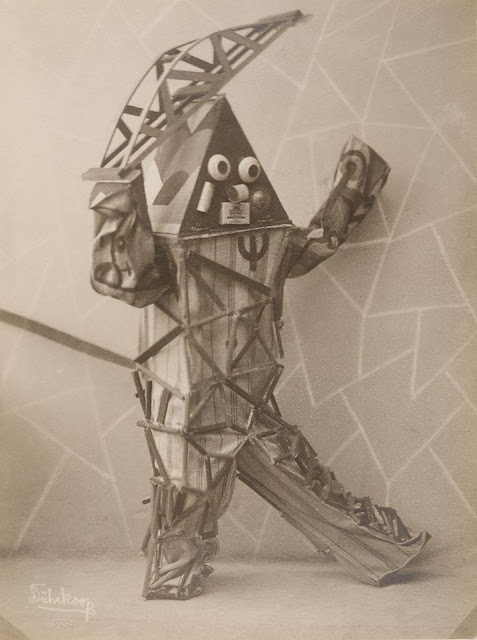 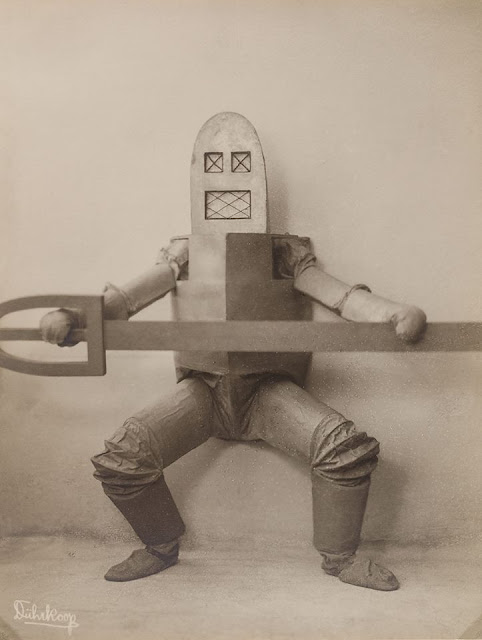 Minya Diez-Dührkoop's photographs of  Lavinia Schulz and Walter Holdt's expressionist dance costumes for "Technology" 1920. Lavinia and Walter were a creative couple who shunned material wealth and possessions and lived for dance and performance. Their lives came to a tragic and early end when, in 1924, 4 days before her 28th birthday, Lavinia Schulz shot Walter Holdt dead and then turned the gun on herself. Thirty of the couple's costumes were later discovered in Hamburg and are now in the permanent collection at the Museum für Kunst. Below is a video if them being used as part of the museums Moderne exhibition in 2012.