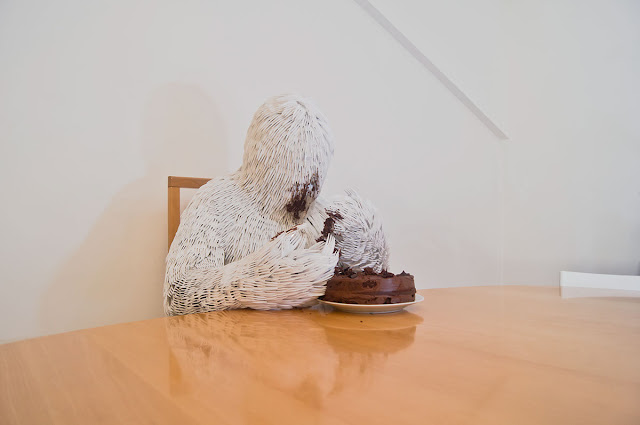 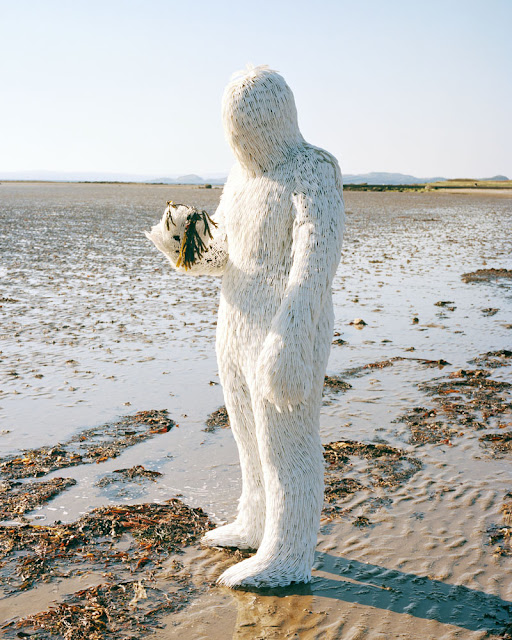 Laura Thompson is a recent graduate of Glasgow School of Art. In this project 'Senceless' she combines photography and costume to create mythologies using 'disposable' mass manufactured products such as plastic forks.


"I was looking at urban legends and hoaxes such as Bigfoot and people’s obsessive fascination of these elusive beasts. What interested me most was that many seemed to be based on existing mythologies and the fact that many of these creatures, seemed to be trapped between two worlds. Bigfoot being the prime example is not quite human or animal so wanders on the fringe of both, not really belonging to either. From these findings I began to create modern day mythological narratives in which I explore themes associated with the dislocation of our senses. It is centred on constructed “yeti-like” creatures made up of either disposable manmade plastic forks, earplugs, vinyl gloves, car air fresheners or compact mirrors, each representing one of the senses. These creatures have been consumed by these modern, materialistic items and as such can no longer sense anything at all. Neither human nor animal, they wander between worlds fitting in nowhere, yearning to be part of a world they no longer belong to, and becoming a creature of myth." Laura Thompson