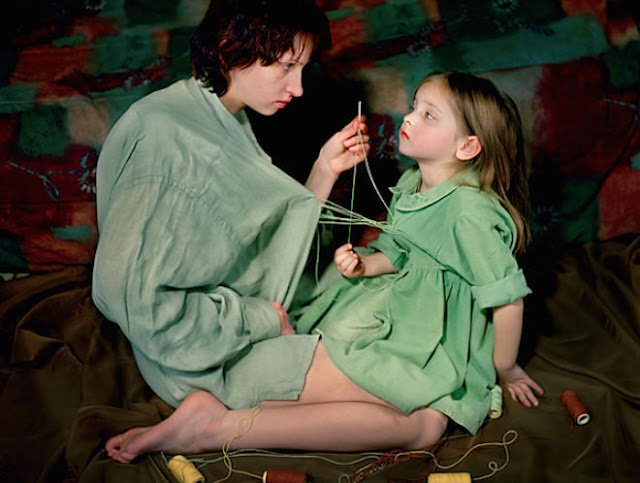 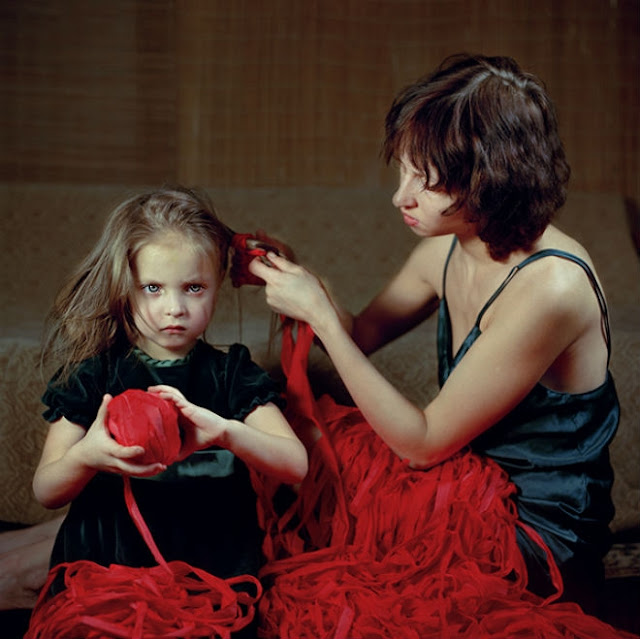 Victoria Sorochinski has produced a series of mother and daughter portraits 'Ana and Eve' exploring age and power. I have chosen these two images involving textiles and bonds as I found them poignant, powerful and disturbing. I love the theatrical use of colour and the narrative led itself in my mind to being developed into costume.

“Anna & Eve” is a long-term narrative project that I started to work on in 2005. This project (as well as most of my work) dwells in between fantasy and documentary. Even though, all the scenes are staged, they reveal a real relationship of a mother and her daughter. Anna and Eve were particularly interesting to me, when I first met them in 2005, because the boundary between the child and the adult woman was blurred to an unusually high degree. Anna – the mother seemed at times more of a child than her 4 year-old daughter – Eve. It was often hard to tell who held the power and control between the two, and who was learning the essence of being a human in this world. 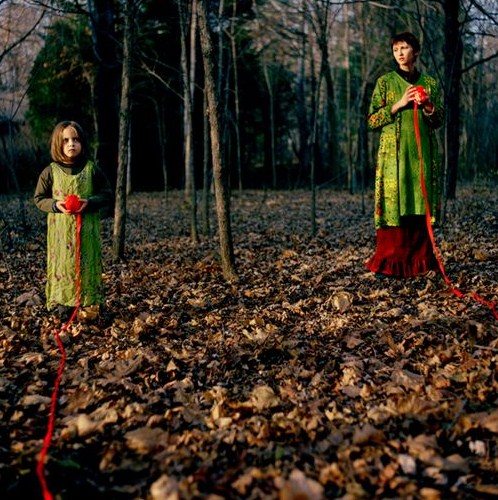 I was always interested in folk tales as a representation of common knowledge, and their influence on children’s perception of good and bad, and of morality. Therefore, in the beginning of the series I often applied to my photographs a frame of a myth or a folk tale. These photographs are not based on particular tales; rather, they are new myths that represent through phantasmagoric scenes my interpretation of the real relationship of this mother and daughter. Victoria Sorochinski