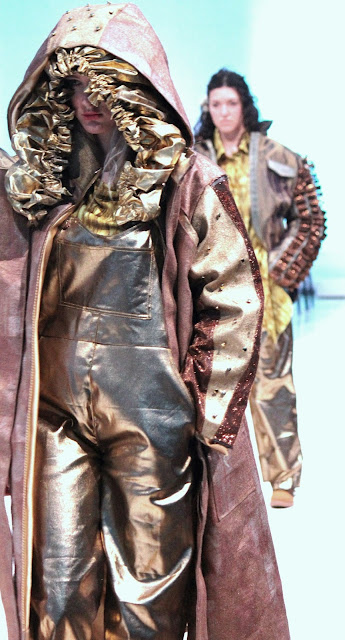 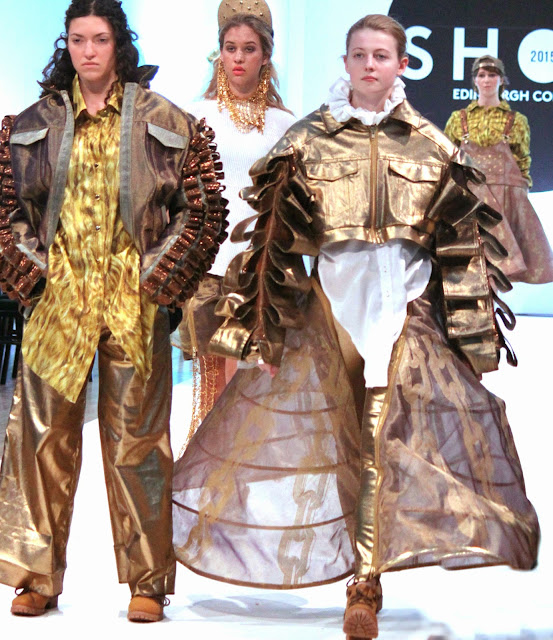 "The ‘Forty Elephants’ were an all female criminal gang who terrorised the streets of London in the 19th century, though evidence of their existence have found since the 17th century. There is an interesting contrast between their independent, aggressive lifestyles with the passivity and fragility of what was considered ‘true’ womanhood in Victorian society, one that elevates them to a pedestal of ‘cool’ female icons that fascinates us, as opposed to petty criminals. History is full of such strong (not necessarily good) women who, by their wits or by their guts, force their way into male roles, and even in today’s world they continue to elicit both outrage and admiration. Society seems to have a sense of discomfort when women straddle both the feminine and the masculine, the hermaphrodite being that sheds any need of the male, a challenge to the established rules of gender." Nina Cutler 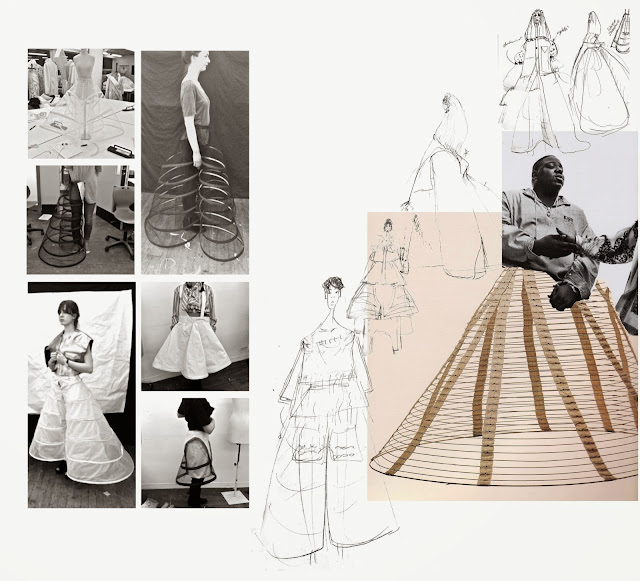 "This collection is for those ‘bad girls’. They are the lasting legacy of the Forty Elephants, a reimagining of the girl gang, stealing symbols of femininity and masculinity from different parts of history. 90s black American gang culture with the impossible beauty of Pre-Raphaelite women, the idealised Madonna. They are the imagined future tribe of an apocalyptical world, and they are on top. Gold is the perfect element, and in this alchemical culture, the (new) Forty Elephants are the paragon of the hostile hermaphrodite." Nina Cutler

Nina's work has been nominated for the ID diversity now award and Nina has strong and interesting views on identity, fashion and space; the personal space that your clothing creates by having a large silhouette and occupying a larger area around your body.


"Gender and race are the most common boxes that one must tick and yet identities are neither static nor fixed, in fact are in constant flux. This collection explore influences from women depicted in pre raphaelite painting juxtaposed with 90s male hip hop fashion. These two contrasting cultural symbols represents idealised forms of femininity and masculinity. It also utilises the method where marginalised groups (such as young black male) uses oversized clothing to exert control over spaces that are usually denied." Nina Cutler 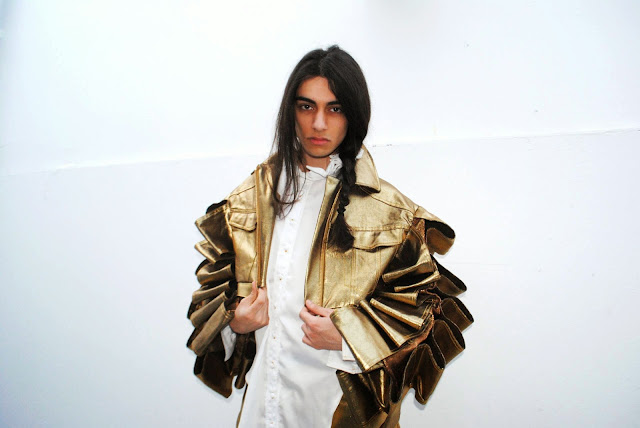