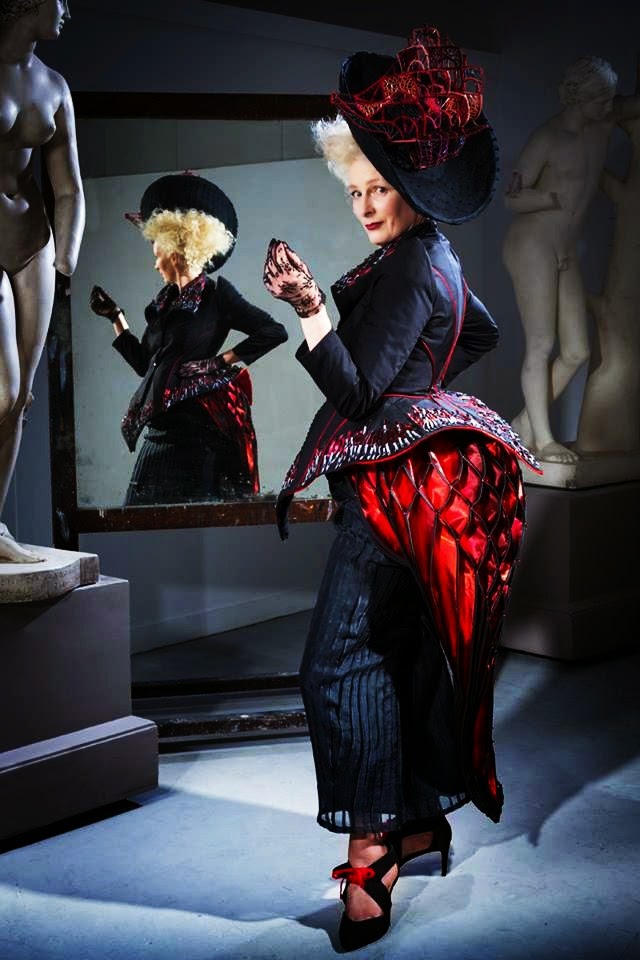 Above: Photograph by Lawrence Winram below Emily Bates illustration. 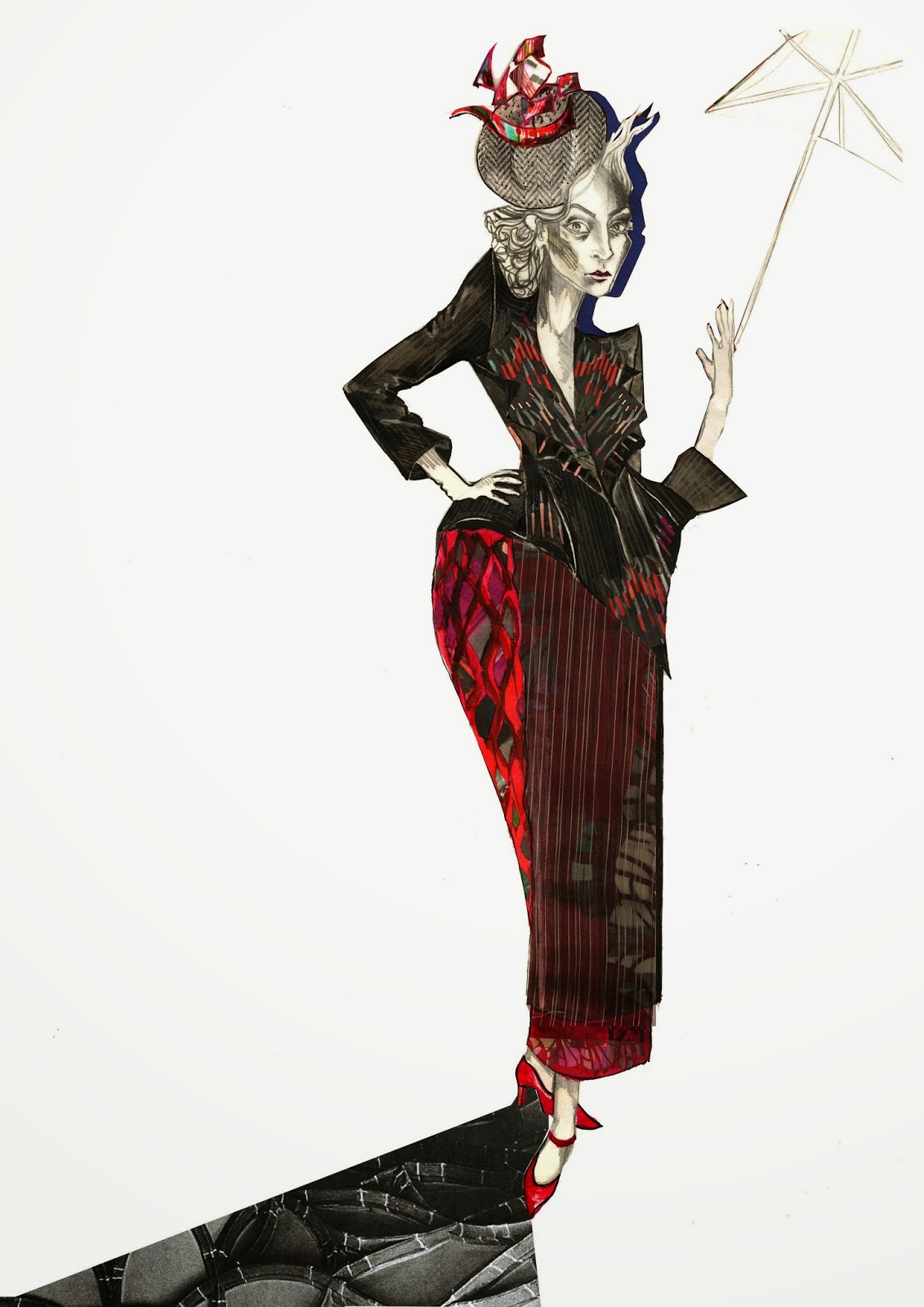 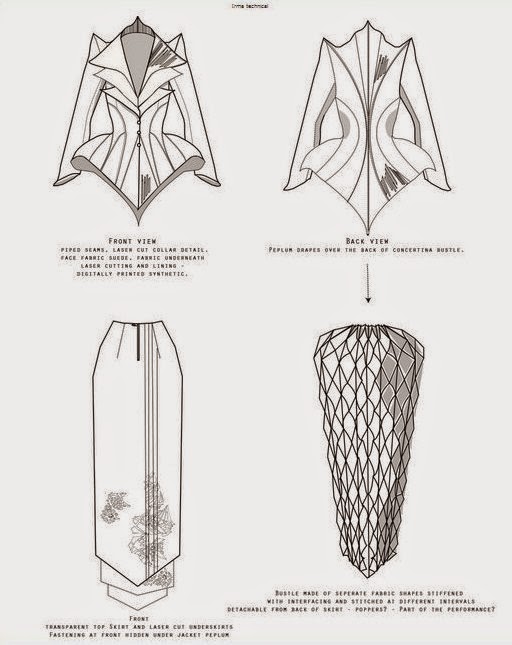 This week I am involved in the ECA fashion show. After blogging the work of fashion and costume students last year I was asked to model for costume student Emily Bates as a character from Mervyn Peake's Gormenghast, 'Irma Prunesquallor'.

Irma is quite a minor character but I loved Peake's descriptions of her within the text. She is a vain social climber intent on finding a husband. I looked at the stereotype of the 1950's housewife as well as 50's millinery, the concertina bustle design stems from the fact that the characters are often described as insect like, crawling out of crevices when they do emerge from the castle walls. The boat on her headpiece also draws from Peake's imagery; she is described as 'veering from east to west in gradual curves like a ship that has no precise idea as to which port she is making for'. Emily Bates 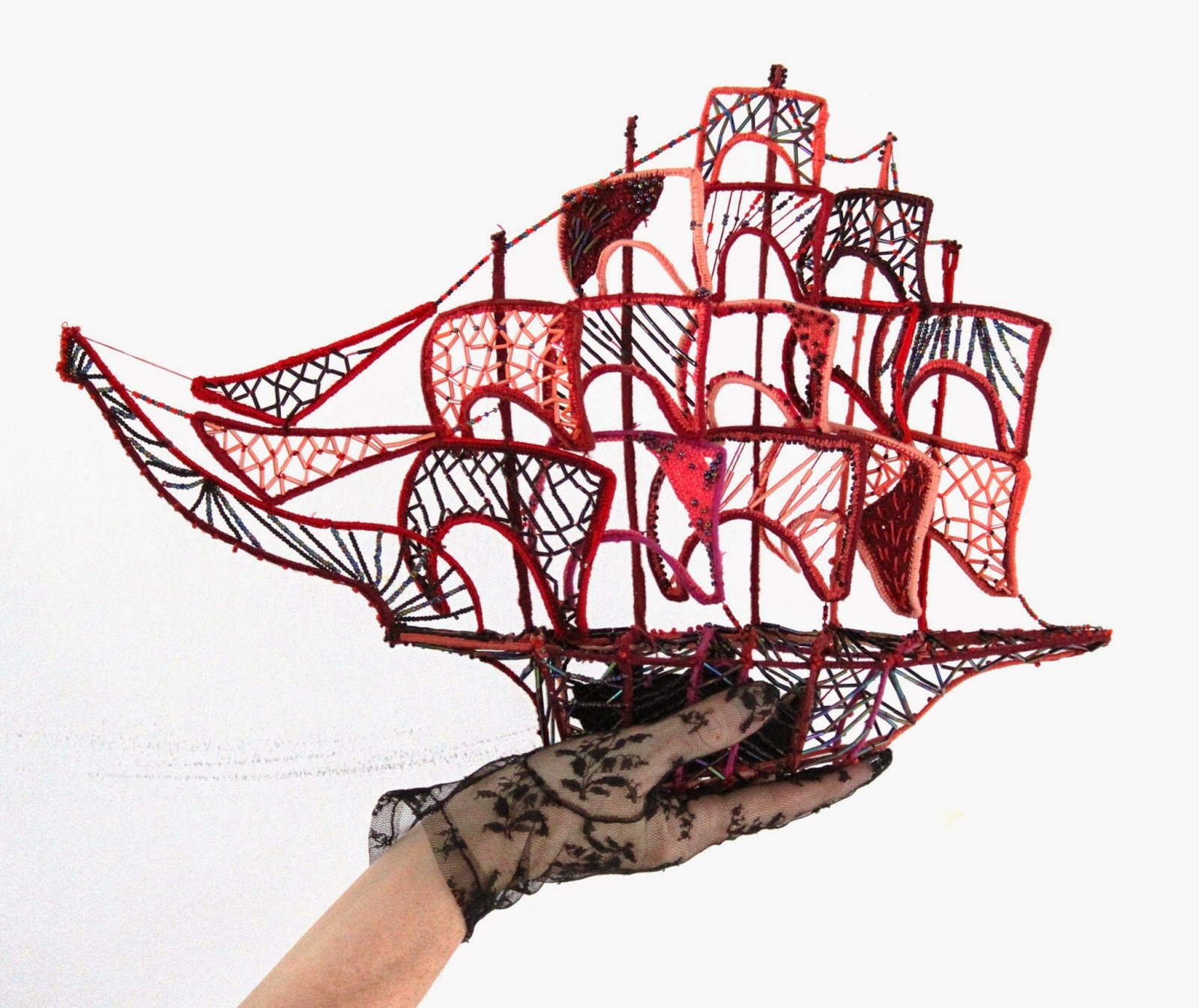 This has been a great experience for me; seeing the evolution of Emily's ideas from sketch through, measuring, toile, alteration and the final incredible costume, as well as glimpsing the creations of the other fashion and costume students.
Over the next few weeks I will endeavour to share some of their outstanding creations with you.
Posted by Hazel Terry at 07:22