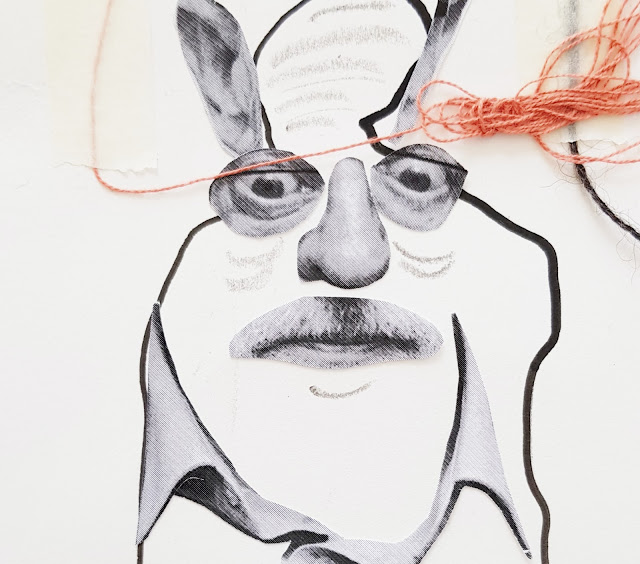 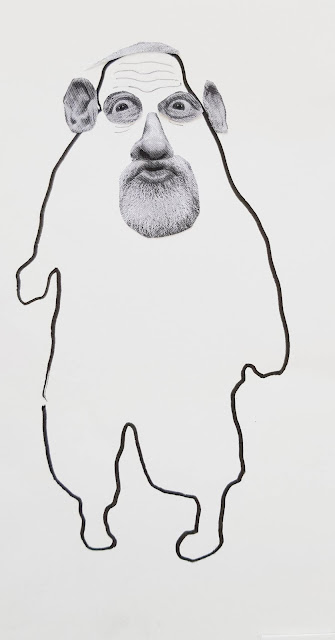 This week is DCA degree show and I stole away on Monday to see what wonders had emerged in this year's graduate portfolios. I always love the work of the textiles department, imparticular their sketchbook and development work is fantastic to see. Rhia Cook's work really caught my eye and made me smile as she had been working with figures from British politics, Jeremy Corbyn and Nicola Sturgeon. 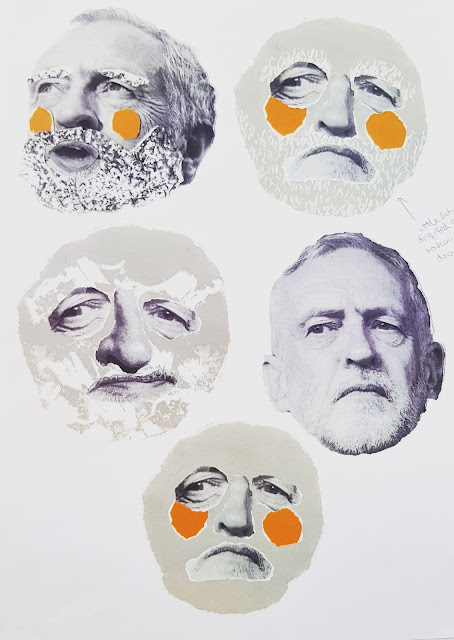 Collaging features printing, embroidering and flocking them onto fabric and creating a bespoke knitted waistcoat for the cyclist, Mr Corbyn. 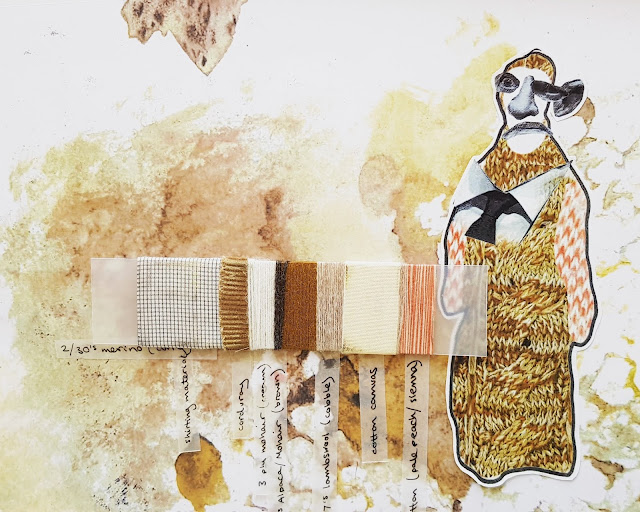 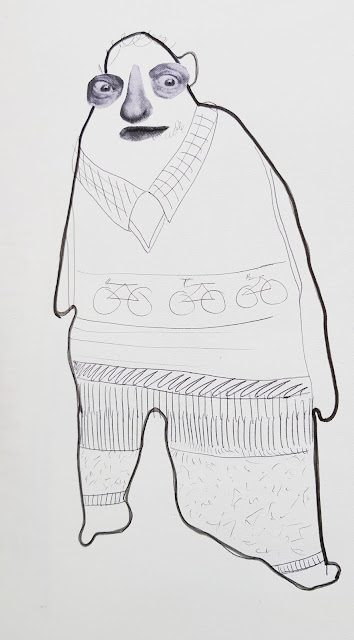 "Young people have a reputation for not being engaged in politics. Consistently low voter turnout in 18-24-year-olds has led to many politicians not focusing on appealing to this audience. This has lead to young people’s voices being underrepresented in parliament. To tackle this, I have created a range of textile objects that aim to get more young people in universities to talk about politics and, in turn, have their opinions heard by politicians. By making funny textiles and using them as a facilitator in a workshop style setting, the issues that are important to young people are raised and documented. The hope is that the views gathered, when broadcast, will spark real change and encourage more young people to talk about politics. The collection is heavily influenced by political satire, with its focus being gently mocking Jeremy Corbyn and Nicola Sturgeon, two politicians who are already making headway in engaging young voters. Visually, inspiration has been taken from the oddness of Dadaism and the politician’s personalities to create a gentle, mossy Corbyn and bold, nationalistic Sturgeon. Together, the combination of humour and soft 3D textiles provides an almost child-like, non-threatening way to introduce the idea of politics into conversations, changing the tone from serious to silly to engage more young people. The objects I’ve created may make you laugh, but they also make having the often-awkward conversation of politics just that little bit easier." Rhia Cook 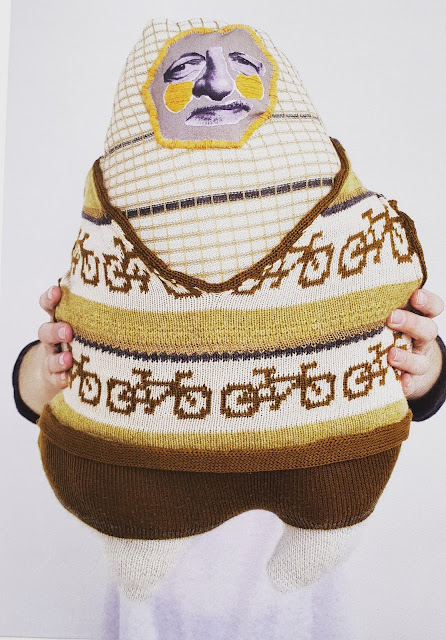 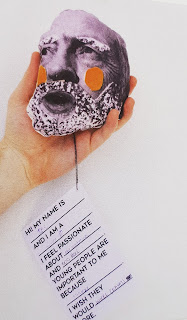 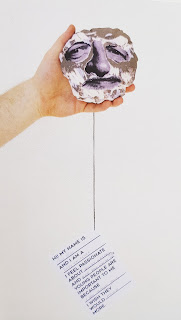 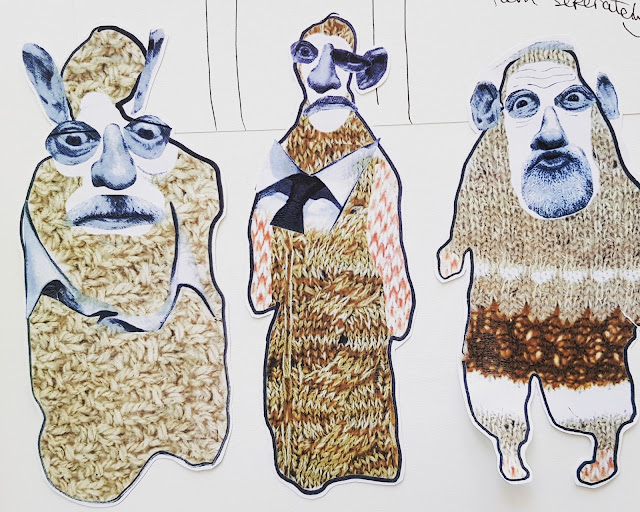